Although the constitution of modern Japan was written by American Douglas MacArthur and the occupying administration after WWII, the country’s democracy is unlike the US’ in many ways. It’s a parliamentary system, for example, although with a president. But there’s another way that Japan’s different from the US: a smile isn’t seen as essential to running for office.

However, new evidence suggests that could be changing: analysis of election returns from the last 30 years show that candidates who smile may be more likely to get more votes. This could help spread American ideals of not just democracy, but also our tendency to smile regularly.

All Things Being Equal, Voters Go with the Smile

The new finding comes from professor Masahiko Asano at Takushoku University in Tokyo. He had seen studies in other countries claiming that smiling tended to lead to candidates getting more votes. He analyzed election returns from constituencies that elected three to five Representatives each from 1980, 1983, and 1990. He also looked at constituencies that only elected a single Representative from 2000, 2014, and 2017. He utilized facial recognition software to analyze smiles of 6000 candidates on their campaign poster. He didn’t just look at the simple question of tooth display or raised corners of the mouth, he incorporated more diverse features, including the presence of wrinkles at the corners of their eyes.

Asano explained that this was likely because in single-seat districts, there’s only one candidate from each party. People are more likely to choose on values alone. However, in districts where each party fields multiple candidates, people might base more of their decision on which candidate is smiling. Thus, a smile isn’t the key to victory, but it can be a tiebreaker under certain circumstances.

In America, We Love Candidates Who Smile Big

As Asano noted, there have been several studies looking at the relationship between elections and smiles. One recent study looked at how candidates smile in the US and in China. They found that in America, candidates who show big smiles are more likely to be elected over candidates with narrow smiles, while in China, the opposite is true. They proposed that the difference was based on core values of voters. That’s because Americans value outgoing, energetic personalities over quiet contemplative ones, whereas being quiet in China can be seen as a virtue.

Asano’s work in Japan hasn’t yet publicized where Japanese voters fall on this scale, which would be interesting to see.

If You Want to Go Far, Start with a Smile

These studies remind us again how important your smile can be if you’re looking to get into public life. Especially in the US, having a large, attractive smile can make all the difference in your ability to succeed at the polls.

Improved polling is just a collection of individual people having a better impression of you, and many of us could benefit from establishing a better first impression, or improving our ongoing appreciation in the minds of the people around us. That’s where cosmetic dentistry can come in.

If you’re afraid to show your smile because you aren’t confident in its appearance, your personal and professional relationships can suffer. To improve relationships at home and at work, consider a smile makeover.

If you want to learn more about your options for a smile makeover in the Butler, PA area, please call (724) 282-4436 today for an appointment with cosmetic dentist Dr. Bob at Advanced Dentistry of Butler. 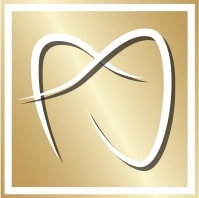