Are you unhappy because your smile is crooked? Have you long wanted to straighten your teeth, but didn’t like the idea of metal brackets and wires bonded to your teeth? Invisalign might be the solution you’re looking for. Invisalign uses clear plastic aligners to straighten your teeth, so you will never have metal wires. That means there’s no need to give up any of your favorite foods, and you won’t have to clean around the brackets and wires. Plus, with new technology, Invisalign is faster than ever, with treatment times cut almost in half!

Invisalign is not right for everyone, but it might be right for you. To learn whether you’re a good candidate for this orthodontic treatment, please call (724) 282-4436 today for an appointment with Dr. Bob at Advanced Dentistry of Butler. 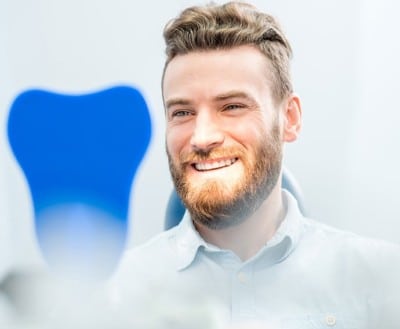 Invisalign is an advanced orthodontic technique, and it’s rapidly growing in popularity. That’s because it offers many benefits over traditional braces, such as:

The benefit that everyone knows about Invisalign is that it’s practically invisible. It straightens teeth with clear plastic aligners. Few people will notice them. Most people won’t guess that you’re wearing them. And if you have an absolutely vital occasion, such as an intimate dinner or professional appearance, you can take them out.

Because you remove it for eating and for cleaning your teeth, you don’t have to worry about cleaning around metal brackets and wires. You’ll just brush and floss normally.

With braces, there’s a long list of foods you have to give up, which will include popcorn and many other crunchy snacks. You’ll have to give up pizza and any sandwich with crusty bread.

Those wires don’t just interfere with eating, they can also poke and irritate your cheeks.

In the past, Invisalign took about as long as traditional braces. But new innovations mean that it can be dramatically shorter–complete in half the time!

Invisalign starts with taking impressions of your teeth. These impressions are sent to Invisalign, where computers design an optimal sequence of tooth movements to go from your current smile to the beautiful, straight smile you desire. To achieve each of these movements, the computer designs a clear plastic aligner.

These aligners fit over your teeth and they provide force to move your teeth, just as natural wires do in traditional braces. The force causes your body to reshape the bones of your jaw to allow your teeth to move.

When the tooth movements of one aligner are finished, you move to the next aligner. When you finish with the last aligner, your teeth will be straight as you desired.

Why Invisalign Is Faster Now

Recently, Invisalign announced that all its treatments were faster than they had been in the past, completing in as little as half the time. How is this possible?

Invisalign has three innovations that allow treatment to progress faster than ever.

First, it uses an advanced algorithm to optimize tooth movements. This algorithm is constantly changing, learning from the experience of each Invisalign case–more than 5 million total now–to make improvements for the next case.

Second, it has used its algorithm to design new features that apply force more intelligently to each tooth, allowing both the crown and the root to be maneuvered simultaneously.

Finally, it now has a better plastic for its aligners. This plastic can apply greater force and apply it more constantly to achieve faster straightening.

In the past, people had to wear each aligner for two weeks, but now they can progress through each aligner in just one week, cutting the treatment time almost in half.

Are You Ready for a Straighter Smile?

If you’re unhappy with crooked teeth, but equally unhappy with the thought of metal brackets and wires, we can help. Invisalign will straighten your teeth quickly and comfortably without brackets or wires.

Please call (724) 282-4436 today for an appointment with Dr. Bob at Advanced Dentistry of Butler and learn if Invisalign is right for you. 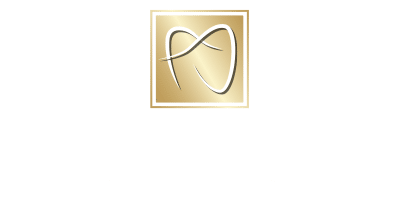